Iran and Iraq condemned an attack on Iran’s consulate in the southern city of Najaf on Thursday, after the consulate was burned by protesters on Wednesday night.

Tehran condemned the attack on its consulate in a statement issued on Thursday morning.

Iran's official IRNA news agency quoted Foreign Ministry spokesman Abbas Mousavi as saying that the Iraqi government is required to take responsible and effective measures to respond to the aggressors who attacked the consulate in Najaf.

Many Iraqis have protested against Iran’s malign influence in the country, where Tehran has established its influence through militias and politicians.

Baghdad also condemned the attack, according to Iraqi media citing the foreign ministry.

Wednesday’s attack was ‘aimed at damaging the historical relations between Iraq and Iran and with rest of the countries,’ the Iraqi foreign ministry said in a statement.

“Diplomatic missions operating in Iraq are highly respected and appreciated,” it added, stressing that the incident did not reflect Iraq’s perspective.

Protesters destroyed the Iranian consulate in the holy city of Najaf, the seat of the country’s Shiite religious authority, on Wednesday evening.

At least 33 people were wounded when police fired live ammunition to repel them from entering the building, a police official said.

Authorities declared curfew in Najaf after the incident. The official spoke on condition of anonymity in line with regulations. 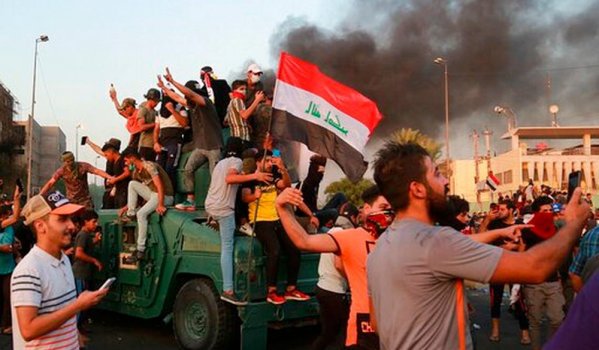 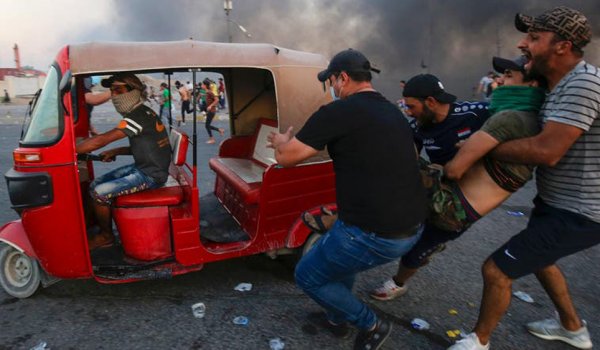 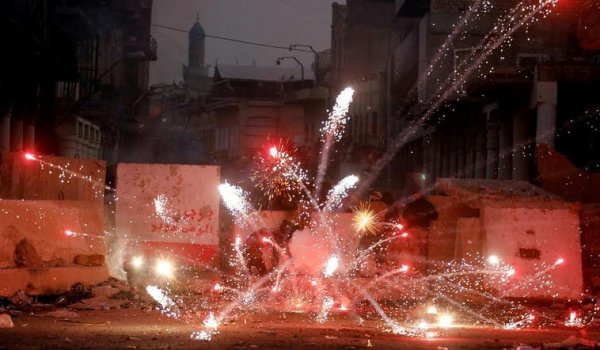