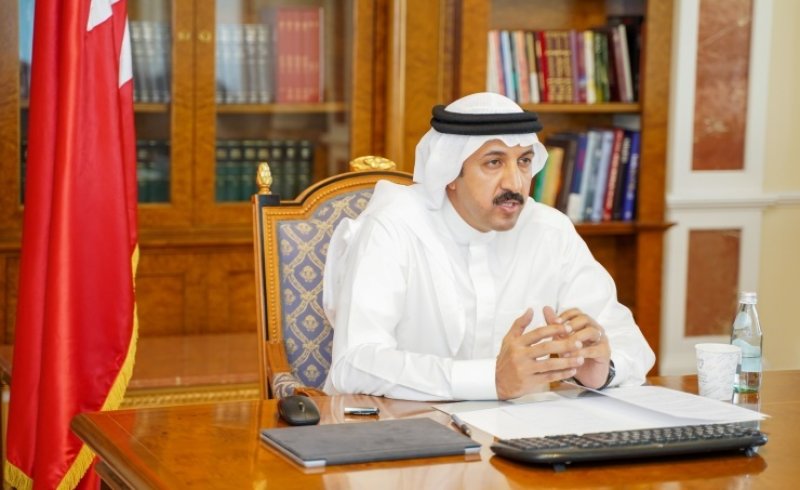 Foreign Ministry Undersecretary for International Affairs Dr. Shaikh Abdullah bin Ahmed Al Khalifa, participated in the Fourth International Conference in Support of the Future of Syria and the Region, which was held virtually today, Tuesday, June 30, in Brussels.

Dr. Shaikh Abdullah delivered the statement of the Kingdom of Bahrain before the conference, in which he expressed the Kingdom's support for a political solution to the Syrian crisis, leading to a comprehensive and lasting settlement that ends the sufferings of the Syrian brothers.

He o stressed the importance of protecting Syria’s sovereignty and territorial integrity, and preventing external interference in Syria’s affairs, in accordance with the decisions of Geneva 1 to achieve reform and political pluralism, and on the basis of Security Council Resolution (2254) of 2015.

He pointed to the sufferings of the Syrian people in light of the current difficult conditions due to the Coronavirus (Covid-19) pandemic which threatens the life and health of tens of thousands of Syrian refugees, living in humanitarian camps, stressing that a settlement to the conflict in Syria could only be achieved through full implementation of international resolutions, not military means.

Dr. Shaikh Abdullah pointed out the high directives of His Majesty King Hamad bin Isa Al Khalifa on the need to provide financial and in-kind support to the Syrian refugees in a number of neighboring countries, where the Kingdom has implemented various projects through the Royal Humanitarian Foundation (RHF).

The projects, he said, aimed at assisting the Syrian refugees in the Zaatari Camp in the Hashemite Kingdom of Jordan and they included the construction of a housing complex that accommodates more than three thousand refugees, a psychological counseling center and a number of wells in Zarqa Governorate to provide the Syrian refugees with potable water in addition to the construction of a scientific complex that includes four schools to serve around 9,561 students.

The project was officially inaugurated by His Highness Shaikh Nasser bin Hamad Al Khalifa, Representative of His Majesty the King for Charity and Youth Affairs, Chairman of the Board of Trustees of the Royal Humanitarian Foundation (RHF).

He also mentioned the building of the Kingdom of Bahrain School in the city of Irbid, Jordan, to serve about 741 students, and the establishment of prefabricated housing and health facilities in Azraq Camp, in addition to two children's libraries in coordination with UNICEF.

The Undersecretary for International Affairs reiterated the Kingdom of Bahrain's keenness to support the efforts of the UN Special Envoy to Syria to enhance security and stability through the political process.

He also called on the international community to provide various types of support and assistance to the Syrian refugees alleviate their sufferings and ensure their security and safety, towards a comprehensive political solution capable of ending this tragedy and paving the way for a better future. 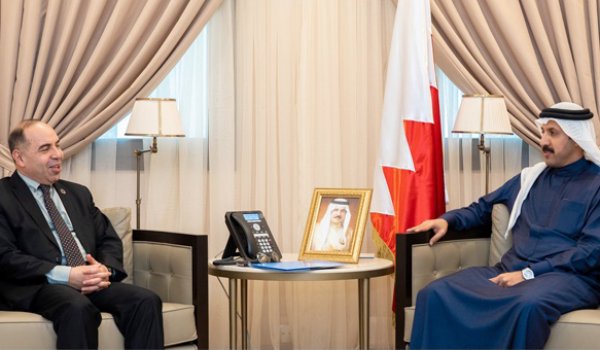 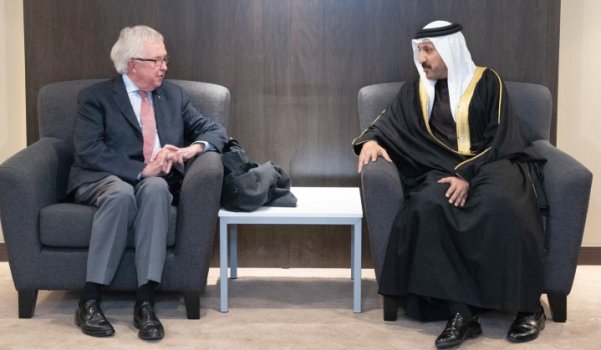 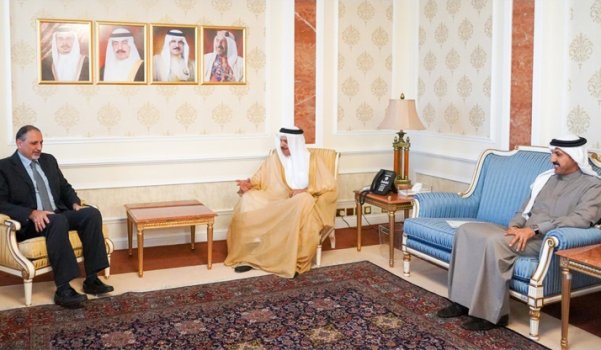 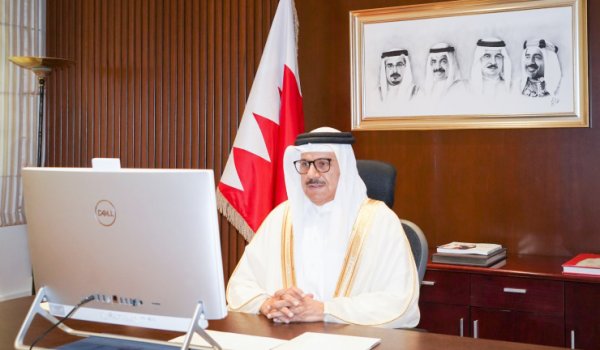 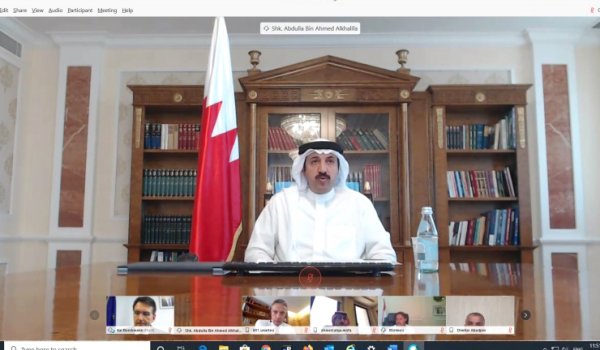