As the world continues its battle with the coronavirus pandemic, countless stories have emerged of communities and individuals taking it upon themselves to make this world a little safer.

In Saudi Arabia, several medical professionals have made headlines for their contributions in the fight against COVID-19. As a result of their proximity to the virus, some have even lost their lives.

Here are five Saudi Arabian “health heroes” who have been recognized for their role in combating the coronavirus, both domestically and abroad.

Nujood al-Khaibari was a nurse who worked in the Medina province for over 18 years. Al-Khaibari contracted the virus in early June 2020 and passed away a week later.

Lamenting the passing of al-Khaibari, the Vice Minister of Health tweeted that, “The nation does not forget the sacrifices of health hero #Nurse_Nujood_AlKhaibari…”

In honor and appreciation of the late nurse and health care workers, the Nujood Medical Center was launched by the emir of Medina, Prince Faisal bin Salman.

While many health care professionals have worked in the front lines domestically, other Saudi Arabian medical workers have opted to extend their support abroad, like Dr. Nasser al-Abdulali.

As the pandemic began to rapidly spread around the globe, the Saudi Arabian government offered to repatriate its citizens residing and working abroad. Working in Italy’s hard-hit Lombardy region at the time, al-Abdulali declined the government’s repatriation offer, stating that he “could not leave.”

The 28-year-old Saudi Arabian, who moved to Italy in 2011 to study at the University of Pavia, told the Saudi Arabian newspaper Sabq that it was his “duty as a doctor to offer his assistance [during] these tough times,” and that he wanted to be an ambassador for his country. Al-Abdulali also revealed that, after watching him work on the frontlines to help save hundreds of lives, his landlord refused to accept his rent payments, as a sign of gratitude on behalf of the people of Italy.

An alumnus of Brigham and Women’s Hospital in Boston, Massachusetts, Dr. Nawf al-Gublan has worked in the United States to help treat hundreds of patients suffering from COVID-19. Similarly to al-Abdulali, al-Gublan declined Saudi Arabia’s offer to repatriate its citizens as the pandemic spread.

“When the pandemic began, I continued to perform my duties because my job as a doctor is humanitarian. I am in service of humanity. And hope to continue making my country proud, wherever I may be,” said Al Gublan.

Her commitment attracted the attention of Princess Reema bint Bandar, who shared al-Gublan’s story on Twitter.

In late May 2020, Khaled Abdullah al-Husseini, 43, and a father of one, passed away after contracting the coronavirus. Al-Husseini had worked at King Abdul Aziz Hospital in Mecca as a nurse, helping others who had contracted the virus, before falling ill himself.

Upon news of his passing, there was an outpour of tributes on social media, with many paying their respects using an Arabic hashtag to honor al-Husseini.

Among some of the mourners paying tribute to the late nurse were the Minister of Health, Tawfig al-Rabiah, and the Governor of Mecca, Prince Khalid al-Faisal, both of whom offered their condolences to al-Husseini’s family.

The director of Health Affairs in Mecca, Dr. Wael Motair, also stated that al-Husseini was “one of the inspiring examples at the Health Ministry who confronted the fierce pandemic with valour, sacrificing themselves to help others.”

In early March, a video circulated on social media platforms, which showed Naser Ali al-Shahrani, a nurse working in the King Salman Hospital in Riyadh, entering his house after a shift at the hospital. As his son runs up to give him a hug, he is compelled to stop him, in fear of potentially transmitting the coronavirus to him, which results in Al-Shahrani breaking down in tears.

The viral video highlighted the physical and emotional sacrifices that health workers have made, and continue to make in the battle against the pandemic.

Al-Shahrani told the Saudi newspaper Okaz that, “the purpose of the video was to make citizens and residents aware of the dangers of the coronavirus, and the importance of complying with the Ministry of Health’s instructions.” He added that he also wanted to highlight the family life of health care workers when they return home after working a shift, and the toll that the current pandemic is taking on those working to combat the virus. 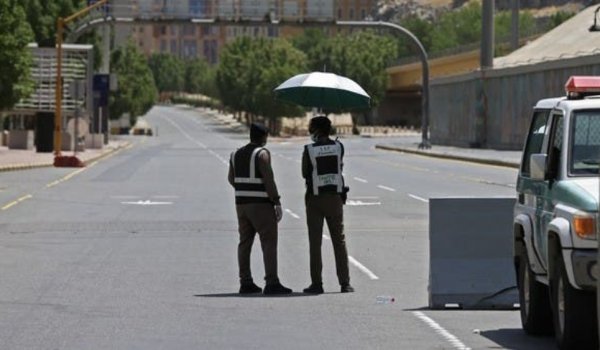 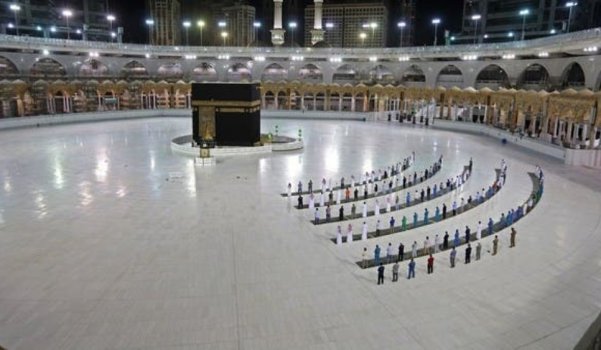 ‘No date yet’ for international flights to, from Saudi Arabia, says GACA