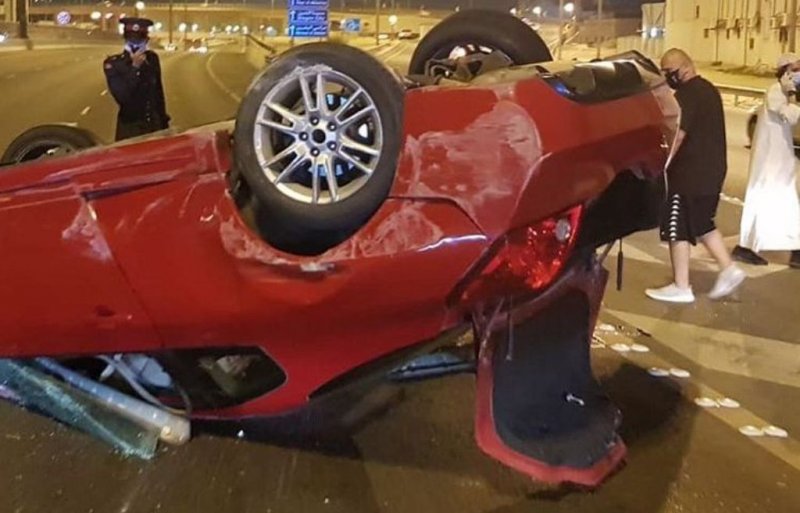 A driver escaped a deadly accident with no injuries in a traffic accident after his car flipped over twice, this went viral after the Ministry of Interior and Northern Governorate Police announced it via their official social media accounts.

Details of the accident, which occurred on Shaikh Isa bin Salman Street, are still not revealed by officials. But initial details indicated that due to high speed, the driver lost control, hit the pavement, and his car flipped over twice before it settled down in the middle of the street.

Police first responded and were present at the scene to facilitate the flow of traffic until the arrival of the traffic police and the National Ambulance.